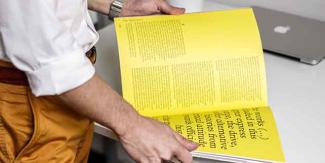 How to Become a Graphic Designer 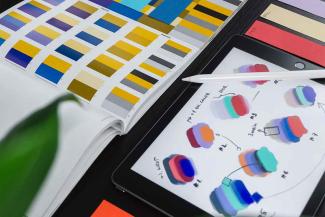 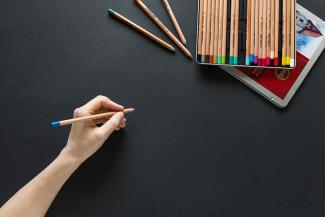 What is graphic design

How to Become a Graphic Designer 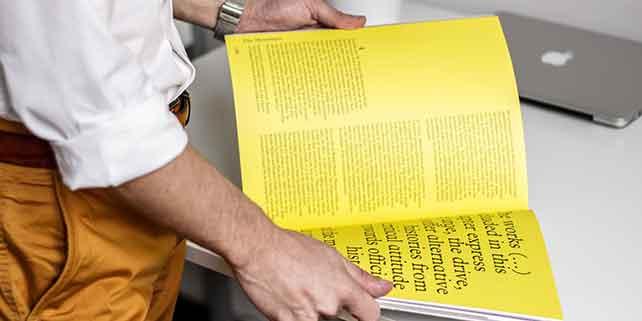 What a graphic designer does

A graphic designer creates media used to support their brand and build recognition. Using a variety of techniques, graphic designers produce all kinds of media, including posters, bus wraps, billboards, logos, infographics, pamphlets, advertisements, window displays, menus, and digital content. Graphic designers often prepare ideas, refine them through multiple editing stages and present  them to clients and colleagues. The graphic design process is iterative, with many edits and revisions often required before a final project is ready to be shared.

While many who want to become graphic designers see their role exclusively as visual storytellers, a graphic designer must also consider the practical objectives of their client. A graphic designer is responsible for ensuring a client’s vision is incorporated and their goals are met.

Graphic designers with accumulated experience may also be responsible for managing a creative team, overseeing costs and working within certain budgets and timeframes.

Becoming a graphic designer requires gaining familiarity with many design tools and processes. Graphic designers may start their work in an analog format using a sketchpad and pen or pencil. Final projects for modern distribution are generally completed using graphic design tools such as Photoshop, InDesign, and Illustrator, which are all part of the Adobe Creative Cloud. Graphic designers may also be involved in assisting with user interface (UI) design, user experience (UX) design, and web design and use related tools such as XD. Each of these is a separate, distinct design field, requiring specialized skills beyond visual and graphic design. Although no one graphic designer is expected to be a master of all industry software, common tools include photo editors, graphics editors, 3D model apps, desktop publishers, web developers, and other graphic design platforms.

Various tablets and touch-screen devices are also available for graphic designers who like a traditional, hands-on approach, as well as the ability to draw directly on a computer. These include the Microsoft Surface devices and Wacom tablets.

Additional tools that aid graphic designers during the design process can be found online such as pantone which can be used to create color palettes or match colors used in new designs with the client’s existing brand. Fonts can also be found digitally on sites from Google and Adobe.

Organization and time management are crucial skills for all graphic designers, especially those trying to build a client base and expand their portfolio. Graphic designers need to stay organized so that none of their responsibilities fall through the cracks, as they must be able to manage a large number of media files, draft projects, keep track of costs, send invoices, and remain on top of deadlines. Time management also is a part of the organization required for graphic designers. Graphic designers should know approximately how much time it will take them to complete a certain task and finish on schedule so that clients are happy with the work they’ve paid for, and can receive projects on dates that have been committed. Other members of a design team may also need to complete additional design steps on a draft, so one graphic designer’s ability to manage their time and stay organized can affect the rest of the design team’s schedule.

Soft skills are another essential component of becoming a successful graphic designer. Collaboration is a part of every project, whether it is going over edits with a client or talking through the design process with other members of a team. Deadlines and budgets are typically put in place by clients, although it is beneficial to research industry rates for the work being completed in case the client asks for a quote. It’s important to be able to speak with clients or other graphic designers about expectations so that everyone can be on the same page regarding materials, costs, and timeframes. Essentially, graphic designers need to be able to openly communicate with their design team and clients in order to capture their client’s vision, meet their objectives and maintain positive working relationships.

To become a graphic designer, a degree or certificate in graphic design, web design, commercial art, animation, or a related field is generally required.

Because graphic design positions require soft skills, applicants may be asked about their experiences working within teams and communicating with clients. Many employers are looking for applicants that can successfully collaborate with others throughout the design process. To have a robust design business, clients will need to be satisfied with both the finalized designs and also their experience working with a graphic designer or design agency.

A critical part of becoming a graphic designer is developing a portfolio. In addition to having knowledge of design fundamentals, a graphic designer should also be able to provide examples of their work to potential employers through a portfolio that showcases their capabilities. Even if an applicant has not been formally employed as a graphic designer, it is important that they can demonstrate their abilities. A portfolio can be developed by volunteering design services for local businesses and organizations, or creating mockups for fictitious clients that showcase a personal design style and aesthetic.

To begin building a portfolio of work examples, graphic designers need to have an understanding of software tools used in the industry, including Photoshop, Illustrator, and InDesign. If a graphic designer can show an employer work they’ve completed in different software programs, they demonstrate versatility and a willingness to learn. Specialization is also encouraged within graphic design in areas such as animation, 3D modeling, web development, and more.

Portfolios have become an essential part of the hiring process in today’s job market. While hard copies are important to bring to in-person interviews, having an impressive online portfolio is helpful to stand out from the initial pool of applicants for an opening. Portfolios can be created using cloud-based web development software like Wix, Wordpress, and Squarespace, which offer individuals with little to no coding knowledge flexible templates to create their own website. Graphic designers with a basic knowledge of code and web development may elect to create their own website from scratch. Adobe also has their own portfolio site. Regardless of the technology used, it is important to have an online presence for prospective clients or employers to view your work.

What to include in a graphic design portfolio

Once you become a graphic designer, variety is key when deciding what work to include in a portfolio. It’s important to include both high quality designs along with a variety of projects that show a range of skills to potential employers. Amongst the designs, there should also be a balance between quality and quantity. Employers should be able to see diversity in a graphic design portfolio while not being overwhelmed by the presentation of the work. Portfolios should also incorporate the graphic designer’s personality. This can be achieved through aesthetic choices like the site’s color palette and fonts or more directly through a description of one’s design process. Graphic designers should keep their portfolios up to date and showcase revolution into a unique design style. All media should be rendered at a high resolution, as well as organized thoughtfully. It is useful to keep a backup of your work so that you can show it locally on a computer or laptop if you are visiting with a prospective client.

In 2019, the median salary for a graphic designer in the U.S. was $52,100, or $25.05 an hour, according to the U.S. Bureau of Labor Statistics. Overall employment for graphic designers is expected to decrease by 4% over the next decade, although projections vary depending on specialty, making it a competitive time to become a graphic designer.

Becoming a graphic designer does not need to be the ending point in a career. Learning new skills can help increase the capabilities of a graphic designer. Mastering skills from related career paths, better known as upskilling, allows graphic designers to pivot roles within their design teams or take on entirely new positions in a related industry.

A similar role to graphic design is web design. Assisting in site creation is a typical responsibility of graphic designers, depending on their client’s needs. However, graphic designers typically only work on certain web elements like images, logos, marketing banners, and illustrations. Web designers work with all elements used to build a website and are well versed in writing code using HTML, CSS, JavaScript, and other common coding languages. In order to become a web designer, a graphic designer needs to learn the basics of coding, web development standards, managing servers, and gain some understanding of user experience (UX) design, which can also become its own separate role.

Another example of a related field to graphic design involves working in animation as a multimedia artist or motion graphics professional, which requires gaining additional skills in tools such as After Effects complimenting those of a graphic designer. Both careers appeal to those seeking a creativity focused workforce and use visuals to convey messages, yet produce them for different audiences. Animators and multimedia artists tend to produce media for television, movies, cartoons, and video games, while graphic designers typically produce media used for marketing or promotional purposes. Industry software would differ between the professions and be the primary focus of a graphic designer when upskilling.